Mindset matters – and here’s why 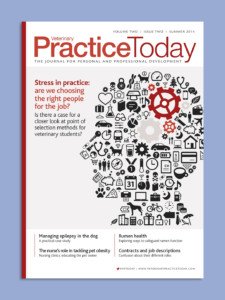 Mindsets – the way you see yourself and the world around you – can shape your life. When that mindset is about a core concept such as intelligence, its power to shape is even greater.

According to Professor Carol Dweck of Stanford University, the originator of mindset theory, the way you think about intelligence can either lock or unlock your potential, weaken or strengthen your resolve, dampen or fire your creativity. It can even affect your level of intelligence.

There are two intelligence mindsets – fixed and growth. Here’s Dweck on the difference between the two (Morehead, 2012):

‘People with a fixed mindset believe that their basic abilities, their intelligence, their talents, are just fixed traits. They have a certain amount and that’s that … Those with a growth mindset understand that their talents and abilities can be developed through effort, listening to feedback and persistence. They don’t necessarily think everyone’s the same or anyone can be Einstein, but they believe everyone can get smarter if they work at it.’

Fixed and growth mindsets, though, aren’t only found in individuals, you also see them in organisations. And that corporate mindset can itself have an influence on the potential, resolve and creativity of the whole organisation. Get it right and everyone flourishes – the employee, the client and the organisation. It’s win, win, win. But if you get it wrong, it’s lose, lose, lose. You get ‘fed-up’ employees, dissatisfied clients and a stagnating organisation.

So how do you embed mindset theory into your organisation? Well, here are five tips to show you how. And by the way, the tips work for all organisations too – whether it is a school or a factory or an office or, say, a veterinary practice.

People with a fixed mindset cannot really imagine that someone could ever have a growth mindset – and vice versa. Mindsets exist without question. They are a part of our core belief system; with each presenting a truth so obvious that any other way of seeing the world is near unimaginable. The thing is, however, only one of the mindsets is correct (growth, of course), but the other seems no less correct to those who hold it.

So you need to make Dweck’s ideas familiar throughout your practice. Have conversations about mindset theory; share her book (Dweck, 2006) and articles; show her online videos; put up mindset posters; run CPD sessions; invite a speaker in to talk to the staff group; share this article. Do all of that – plus the four tips that follow – and everyone benefits.

The growth mindset employee ends up with an extra dose of ‘growth’ – and no doubt a bit of empathy for those who are fixed; and the fixed mindset employee gets to see how their own mindset is disabling them. More than that, they are now able to make a choice that wasn’t previously available to them – to act in either a fixed or a growth mindset way. They couldn’t make that choice before because they didn’t know the choice existed.

As we’ve all experienced, learning a new skill is difficult – and the more complex it is, the more difficult it is to learn. Take driving, for instance. You have to concentrate on your feet, concentrate on your hands, and then somehow coordinate both at the same time. And while you’re getting to grips with all of that, your instructor has the cheek to tell you that you’ve got to look at the road too.

In the beginning, learning to drive is difficult; but, as we know, it gets increasingly easier – to the point, in fact, that if you’ve been driving for a while you can do all of the above without even thinking about it. More than that, you can also listen to the radio, have a conversation and plan your day. And how is all of that possible? Well, it’s down to something called neuroplasticity.

Neuroplasticity refers to the brain’s ability to hardwire skills into its neural network. It is often shortened to plasticity – plasticity because something is said to be plastic if it can flex its shape and yet retain that shape. And that’s precisely what your brain can do. Your brain literally grows new connections between brain cells. To start with, your brain has to use conscious effort to perform the skill (and not very well at that); but once it is ‘hardwired’, the procedure is performed unconsciously, automatically and efficiently.

Let us look at each in turn. Stretch refers to doing something that has a degree of difficulty – if there is no difficulty, there’s no learning. Feedback is, well, feedback. It clarifies ideas, rectifies mistakes and tweaks performance. It shows you your blind spots or nearblind spots. The trick is to be open to feedback, to assess it objectively and to incorporate it willingly.

Consider these three zones – the comfortable, the stretch, and the panic. Fixed mindset people want to be in the comfortable zone. In this zone they get to do what they’ve always done, which means that effort is not needed and they won’t fail. That’s the appeal. Unfortunately, in the comfortable zone, there is also no learning or development. So, if you want progress to happen, it is a ‘no-go’ zone.

Another no-go zone is the panic zone. Why? Because in this zone you become so overwhelmed by pressure and stress that learning is impossible.

This is the learning process in action – and if you help your colleagues to understand this process, then you are helping them understand how to learn, progress and flourish.

But teaching about stretch, feedback and stickability is not enough – hence this addendum. You also have to model it. If you want your colleagues to stay out of the comfort zone, to be open to feedback, to keep going regardless of setbacks and difficulties, then you have to model those three things yourself. If you do, then your team will believe that you believe those things to be important. At the same time, you’ll be showing them how it’s done. So model it!

Use the true meaning of the word ‘fail’

For most people most of the time, the word ‘fail’ is used in a fixed mindset way. It is a synonym for words such as rubbish, loser, worthless, stupid and idiot. It connotes with emotions such as embarrassment, humiliation and shame. But this usage is as wildly inaccurate as it is unhelpful. In reality, ‘fail’ is an acronym for First Attempt in Learning.

Who has the most failures? Think about that question for a moment. Who would you say has the most failures? Now, your temptation might be to say ‘those who are least successful’ – but you would be wrong. It is actually the high achievers. By failing the most, they learn the most. Mozart mainly didn’t compose masterpieces; Michelangelo mainly mucked it up; Messi mainly misses the goal. But because they fail, they have more learning opportunities, and those opportunities mean that they gain more successes. And as this process continues – incrementally and over time – the successes become spectacular.

Failure, then, is not something to be feared, it is something to be embraced. To fail is to learn, and that’s the true meaning of the word – the meaning that needs to be embedded in the workplace. Sure, you need to mitigate and check the dangers of failure (you’d be business-bonkers not to) but the point remains: success comes from failure, and a fear of failure leads to stagnation.

Use descriptive rather than evaluative praise

If you tell people that they’re clever or that their work is brilliant, then you are doing them no favours whatsoever. Sure, they will feel good (and you’ll feel good because you made them feel good) but actually you will be inducing a fixed mindset. They will love your praise so much that they will do whatever they can to protect that praise.

So, to make sure that you always think that they are clever, around you they will stop taking risks. If they fail, you see, you might change your mind about their intellectual abilities. They may even reduce their effort. Why? Well, if they have to work hard at something then they can’t really be that clever, can they. Things for them should come easily, shouldn’t they. So, then, around you, rather than progress, they might begin to plateau, perhaps even fall back.

Praise is important; but the praise you want is not evaluative (as above), it is descriptive. Descriptive praise focuses on four areas of performance – effort, progress, process and detail. Here is an example – not from the workplace of adults, but the workplace of children – school.

And how about another sentence on effort? “What are you going to do to make the picture even better?”

It is not always necessary to give all four elements of descriptive praise – often it is enough to focus on one or two. But what you must not do (ever!) is praise outcome or intelligence. Do that and, paradoxically, outcomes will worsen and intelligence will reduce.

One other thing – and it’s vitally important! Repeat the above tips over and over again (and again). Fixed mindsets are fixed in two ways – fixed about the concept of intelligence, but also fixed in that they are difficult to budge. The problem is one of habit. If it has been your habit to think in a fixed mindset way, then that habit will do its utmost to hold on to you. Yes, we might understand and accept the reality of Dweck’s work, but that doesn’t mean that we are free of fixed mindset thinking. All smokers know the dangers of smoking, but not all smokers quit.

About the Author: Robin Launder

Robin Launder is the founder of Behaviour Buddy, a company that specialises in UK-wide teacher INSET/CPD training. Sessions include behaviour management, effective teaching strategies, and mindset theory. All sessions are evidenced-based. Robin also works one day a week as a behaviour specialist at his local Pupil Referral Unit.